Venera spacecraft on the planet Venus

This target was based on a color image of the landing probe of one of the russian Venera spacecrafts. They survived only briefly in the inhospitable Venus atmosphere (official data: almost 500°C heat, almost 100 bar air pressure and sulfuric acid clouds). It was a short session from our early days in Remote Viewing. 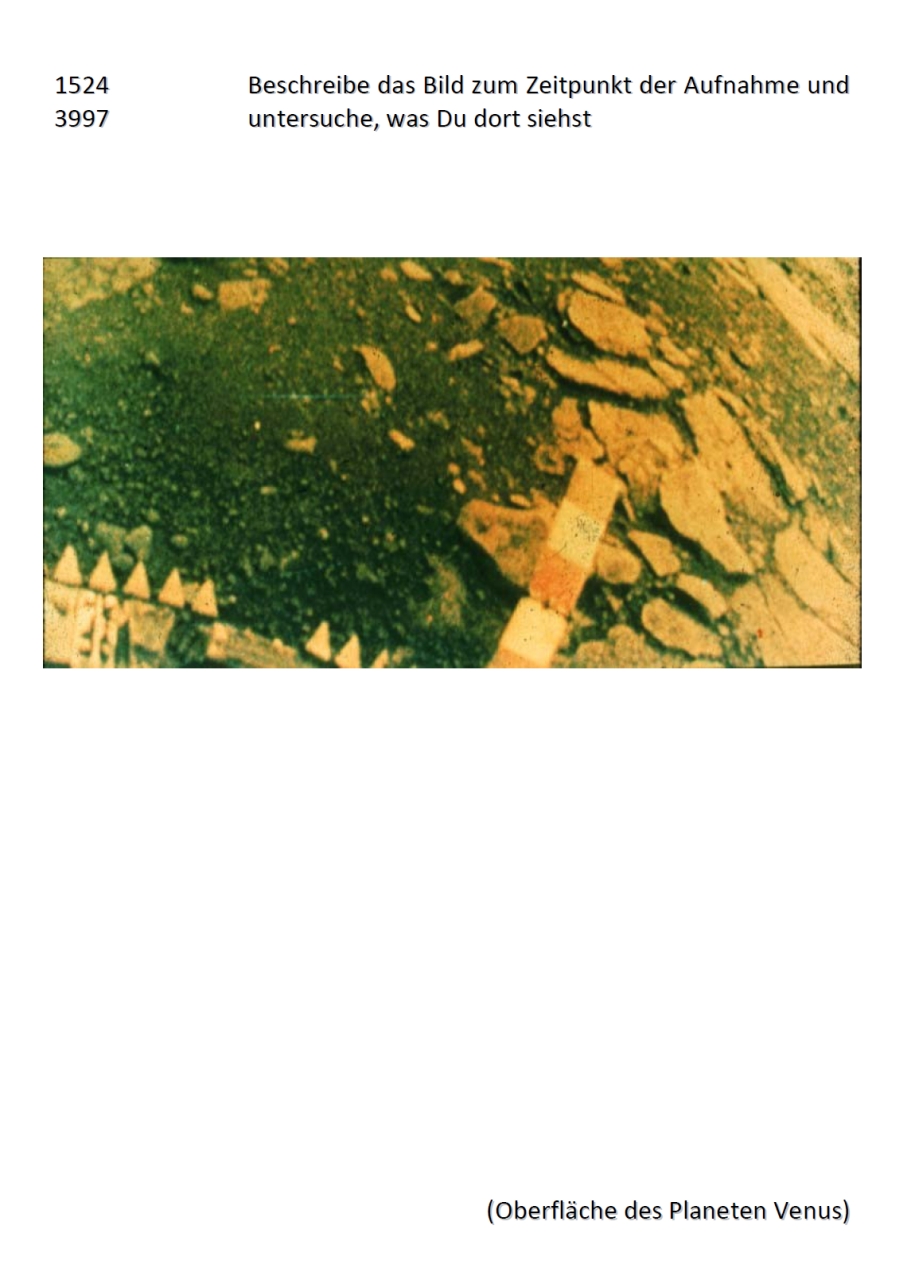 The target was processed until Stage 4. It included a separate processing on a single aspect ([x]), and two movement exercises (one for centering, and one from 50m above the target). Here are the most interesting excerpts and aspects of the session: 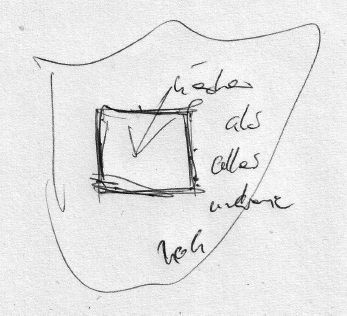 AI (emotional conclusion of the viewer): “I don’t want to be there!”

Spontaneous sketch after Stage 4 with impressions of the environment. Low hills or dunes are visible.

More detailed sketch, were we can guess the Venera landing probe on the right side. In addition, there is a movement aspect which may refer to the landing approach.

I would like to emphasize above all the emotional impressions (EI) in Stage 4, which can be understood as foreign emotions on the target. Interestingly enough, these are in keeping with the general mood that prevailed in mission control at that time around this part of the mission (since the probes, as we said at the beginning, quickly became inoperative and one could be glad to get any data from them at all). At least that is more plausible at first sight than that there were any living beings on the Venus surface who felt these complex emotions. In that case, one could even speculate that the probe acted as a kind of “avatar” for the emotions and impressions of the ground crew on Earth who controlled it. Other Venus sessions that have since been made, but were targeted away from the landing probe, did not show any EIs in the local environment (which is really rare when you’re used to targets on Earth).

Another peculiar aspect is the descriptions of “cool” in the temperatures. According to official measurements, the Venus surface is around 480-500 °C. Only the interior of the probe was initially cooled to below 0° C, so it worked for a short time at all. However, the absence of heat is already noticeable. It must be said, however, that a viewer in such sensory individual aspects can also be wrong (apparently often in colors and temperatures).

Several sessions with different viewers on the same target would perhaps provide even more differentiated results of the individual impressions. But apart from the temperature aspect (unless it’s really cooler there and the temperature measurements are flawed), the session is amazingly accurate.

Update 10/10/2012: In the meantime, such unexpected temperature sensations have also been revealed during sessions on other planets or other extreme environments, which are sometimes described as inappropriate, but sometimes also suitable (eg “freezing cold” in space, “as in a furnace” on the sun, “like in a steel mill” in other Venus sessions). It is still unclear what these different sensations are, but perhaps it has to do with the extraordinary temperature conditions in such targets, which are simply beyond the usual temperature sensations of humans (like with hot steam or dry ice one sometimes cann not tell if it is hot or cold).