Here again is a small example of the use of “communication” with the target using an interview tool. You can do these “interviews” with virtually any target, but whether you are actually communicating with the consciousness of an individual, or whether it is just a form of information query, has not yet been clarified. In any case, wakeful people usually don’t seem to notice. But there are also rare examples of interactive communication (which one is also “addressed” by the target), especially with non-physical entities. In that case I thought to contact the OoBE pioneer Robert Monroe (passed in 1995) and see what he is doing at the moment. The results were quite interesting … The target formulation was:

“Describe the Consciousness of Robert Monroe at the time of the session and make contact! ”

In stage 4, the emotional impact in the target was only from a single “person” who had the following sensations: “First look”, “feels connected”, “distance” (AOL/S: like doctor with patient) and “sympathy”. 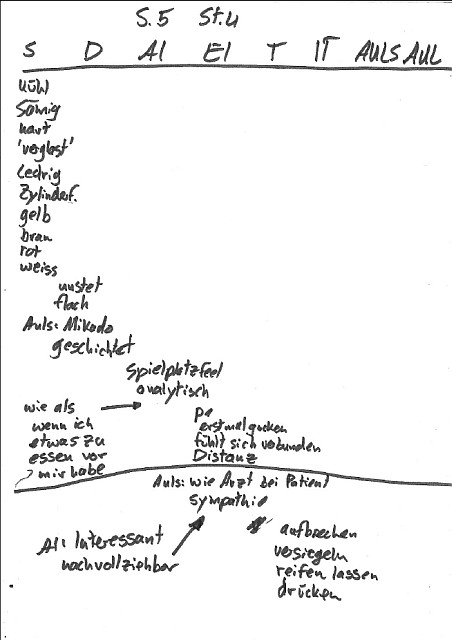 In stage 6 we then took at the EIs, which we could already assign to a single person, using the “person perception” method. The person is referred to as “P1”. In addition to a funny sketch, the following information came about:

Activity? (what is the person doing?): stands on the edge, does something with his hands, but is careful not to have too much contact with the surface

According to our overall impression, P1 (Robert Monroe) was working on a kind of surface that lay wavy on the floor like molten glass. He seemed to “roll up” something that could be interpreted as information / consciousness work (we have had something like that in other sessions on metaphysical targets). He seemed to be very conscientious about this.

Vocation?: Is unnecessary, is in the middle, be careful, treat something

In the case of the “vocation” it is interesting that you always find out some main premises in (living) people, towards which one is or should be worked towards in the life of this person. In that case, however, it was as if P1 were the vocation itself, and not separate from it in terms of action. 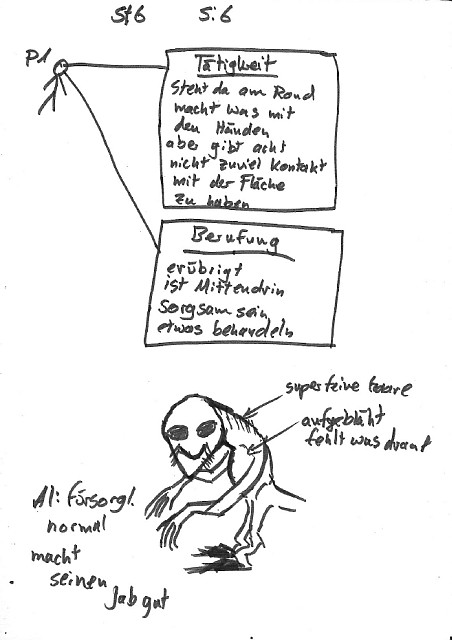 When my viewer was asked to describe the appearance, he perceived P1 with strangely distorted limbs and body shapes (including very long fingers and misshapen chest without skeletal structure). I interpreted this as an attempt by P1 to take on a defined form instead of just being undefined energy. In any case, one has to say that the portrayals of people (especially faces) only showed recognizable similarities in 30-50% of the cases. There is still a lot of research into this area. 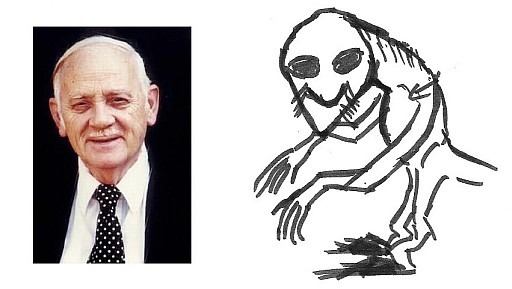 Finally, the most important part of this session; the interview:

V: We greet you! Do you feel like it and have time for a conversation?
P1: Actually busy right now, apologizes for distraction (on the side is ok)
V: Where are you now? Can you give me an impression
P1: (Viewer sensation: “P1 throws pictures around!”) Smooth, uneven surface that you are not allowed to step on – the horizon is fully visible (AOL/S: Like desert)
V: What is your current job there?
P1: Something like foil rolls up
V: If you should have time later …
P1: Happy, change
V: … Can you try to give a sign in our dreams or in some other way that you consciously had this conversation with us?
P1: Yes, but conditions must be right on my part (P1).
V: Thank you for contacting us, and I’ll see you!
P1: Like acquaintance who shakes hands

Obviously P1 is busy at the moment with an important, for us incomprehensible task (energetic?), But is open to cooperation if the conditions (“have time”?) Are right for it. We have been paying attention to our dreams since the session and will provide updates if something goes wrong. 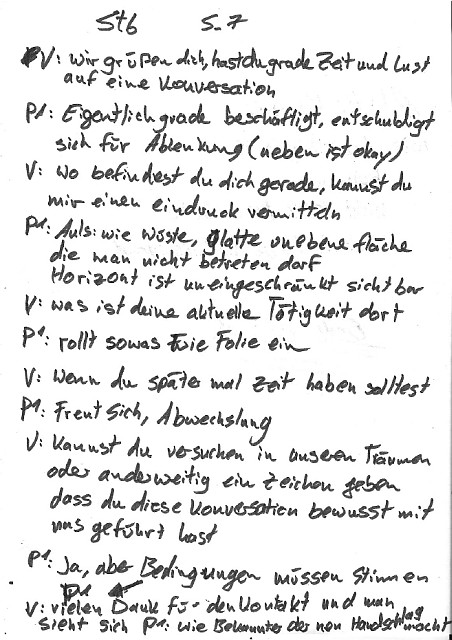 A more in-depth, research-related purpose of this concern is to find out whether conscious communication actually took place, or whether we are only calling up information and P1 does not notice anything about it. A reaction would be an indication that P1 actually noticed something. One could try something like this with living people, for example, when they are in a state between wakefulness and sleep or while dreaming. Allegedly, some people would have already had telepathic messages, mind-reading experiences or contacts with the deceased, which is usually overlaid in the waking consciousness.

Finally, my viewer wrote down his overall emotional impression (AI – how do you like it?):

AI: Hi buddy! Known as work place Not 100% in the matter Amused / neglected

Summary: A content-wise unexpected, but sympathetic and relaxed session result on the current consciousness of the probably greatest OoBe pioneer of modern times. However, it also somehow suits him …