Mysterious Sounds in the Sky

The target was this video from Belgium with the mysterious sky noise:

The target formulation was:

“Describe the booming sound heard in the video, its cause and purpose!” (With video URL)

The target was processed by Benny to stage 6. As a first impression, I would say the following about our results:

It was most likely not a fake, in the sense of a subsequently built-in noise. There was no such intention, and the incoming data was so powerful and amazing for the viewer that it would not fit a fake. Feeling deeper into the AIs also revealed no negative aspects (in the sense of HAARP, Bluebeam or the like). It seemed rather to be a very sublime and pure consciousness (apparently non-human, or at least not categorizable) that produced these effects for a particular purpose.

The purpose included aspects such as “cleanse” (which should be replaced by warm / cold wet cold water), “occupy” (which “belongs to”, but no structural / physical premises) and “leave an impression”. The latter included the aspects of “imprint”, “education” and “pointing in the right direction”). In describing the entity doing this (“by whom?”), Aspects such as “feminine,” “wise,” “delicate,” and “nonhuman, because so perfect,” came. If I had to guess , I would come up with “Gaia” or “Earth Consciousness”. But that only purely hypothetical, otherwise I will not do justice to the “neutrality” that I expect from myself.

Here are some interesting details from the session …

In Stage 3 , an interior spatiality with windows and an outdoor area can be interpreted (like the environment in the video): 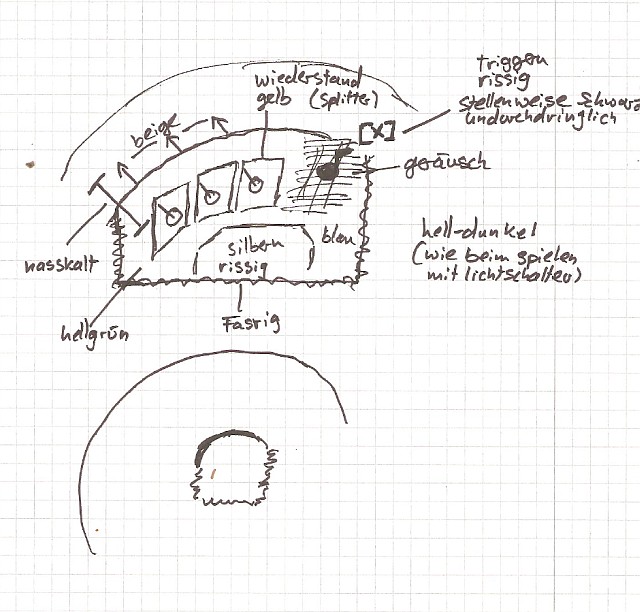 The source of the noise has been clearly identified and marked with an [x] (this is done for a later detailed investigation of this aspect). The aspect “wet cold” is also interesting because it was rainy in the video outside. A closer examination of the cause of the noise made it rather abstract. Benny drew the following sketch: 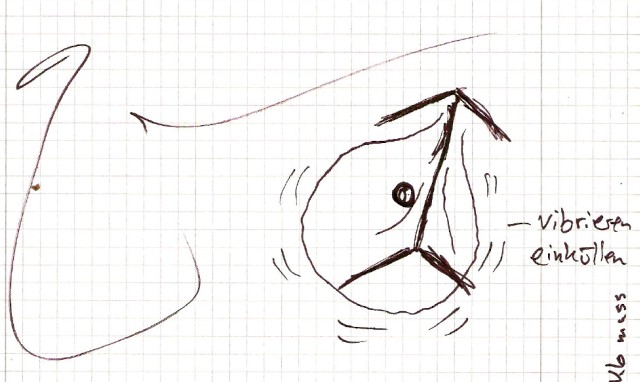 There was a “vibration” in the noise source, which apparently took place in a spatial but non-material environment (at least there were no surfaces to touch, but that could be in the air). On closer inspection, a shiny, golden ball appeared. It seemed to be the center of the whole thing: 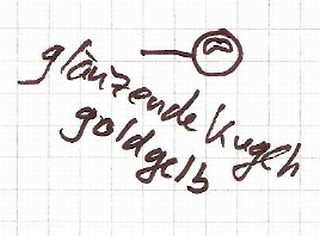 In the following Stage 4, detailed aspects of the target were queried in tabular form:

Finally, Stage 6 with the Relational tool, which in this case was used on Stage 4 terms that we wanted to explore more closely: 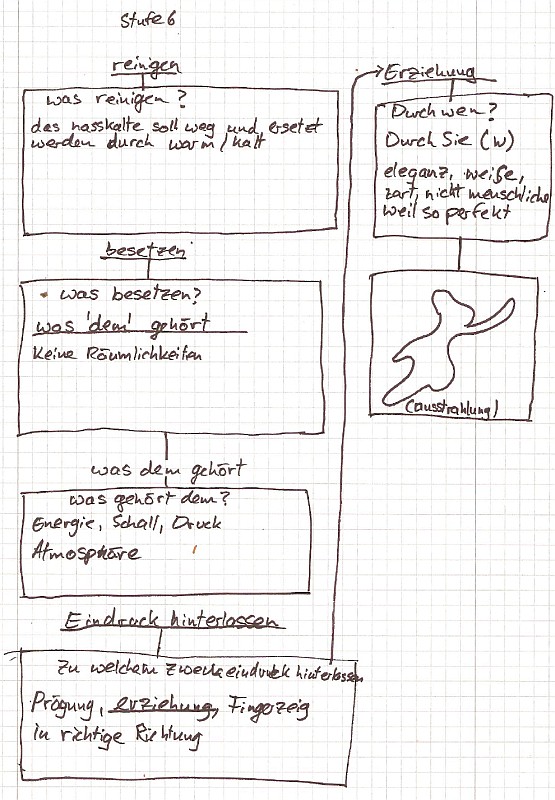 The underlined terms from Stage 4 were examined. In the last box (middle right), I asked Benny to spontaneously draw the person / entity that made it all up. But it was, as I said, not really tangible / categorizable, but only a kind of indefinable, impressive consciousness. See also final AIs in Stage 4 at the end:

Summary: It was a very impressive session (for the viewer). Of course, since it was just a single session, we can not be fully sure about the true nature of the target. Of course, there is still the possibility of getting into some AULs, and the target is actually a well-made fake. But the AIs are remarkable here.